Tim Schmelzer, born 1968 in Bielefeld, Germany, has been living and working in Vienna as a projection artist since 1999. The emphasis of his work is on the creation of original visual forms of expression for presentation in public space via projections. Tim Schmelzer defines the effect of the visual language of his work by coordinating the projection medium in relationship with the projection environment. The visual artwork was projected on noted Austrian art institutions, museums, cultural events and also on international light art festivals in form of large scale slide projections and video animations on urban building surfaces.
From 2003 to 2019 Tim Schmelzer worked as co-founder by the light art collective Lichttapete. In 2020 he co-foundet Lumine Projections, a company for conceptual projection design.
Tim Schmelzer has expanded the range of his light art projects with landscape and building projections in Ireland emphasizing photographic documentation.In addition to projection art he is especially interested in photography, in particular as a means to document his impressions while traveling through Ireland.

Ireland's National Television and Radio Broadcaster, made a filmed interview about Tim Schmelzer´s light artworks in Ireland. Therefore it was made made an exclusive light projection on the lookoutpost 40 near Brandon in Kerry.  The interview was broadcasted by Nationwide with Anne Cassin in November 2013.

Supporting the technical realisation of Ruth Beckermann´s video installation which relates to the bronze figure of a bearded man lying down with a brush in his hand, depicting the Jews cleaning the streets during the pogrom after the “Anschluss” in March 1938.
www.themissingimage.at 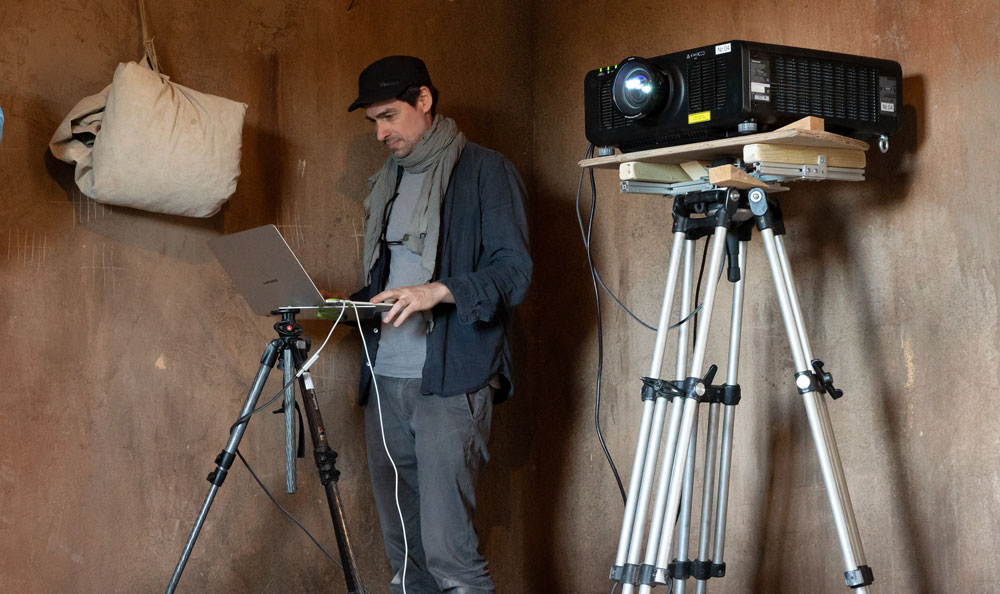